Anyone who has owned dogs will probably try to interpret what they have to say in their own special way. They seem to take on some sort of human understanding, or is it us humans who like to think that they do?

Although litter sisters, JM’s dogs had completely different personalities. Jezzie was stroppy, but adorable and knew it. Myschka was submissive, obedient and tried to please; Jezzie only wanted to please herself. They seemingly managed to “speak” to JM and convey their feelings in their own little ways, and JM likes to think that some of her “Doggie Ditties” are what they were saying to each other, or to her.

JM produced a hardback photographic chapbook at the end of 2012 called “Doggie Ditties”. 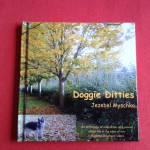 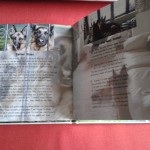 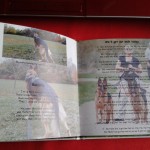 There are a few sample excerpts of JM’s doggie ditties below, and further reading in the category Doggie Ditties

We’ll get our walk today