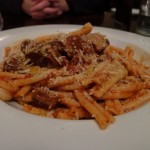 I touched the little box in my pocket and smiled. I was all ready for our date tonight. I had booked an intimate table in a discreet corner of Mario’s, the top class Italian restaurant in town. I had not told Angela where we were going, it was to be a surprise. I had ordered a dozen red roses which were to be delivered to Mario’s and produced on our arrival. I wanted everything to be just perfect.

It was 7.30pm. Our table was booked for eight, so I just had time to have a quick drink before the taxi came for me. I would pick up Angela on the way. I couldn’t wait to propose, but I needed a bit of Dutch courage. I had been after Angela for years, but she was always so popular with other men that she hardly had eyes for the likes of me. I couldn’t believe it when she finally agreed to go out with me, and we have been seeing each other for three months now. I wasn’t going to let her escape, and now I had the chance to ask her to marry me.

The taxi came on time and we sped across town to where Angela lived. I thought she looked beautiful, as usual, wearing a lovely red, off the shoulder dress, which just revealed a hint of the creamy cleavage of her breasts. I could feel my heart surge. I wanted to hold her and caress her, but I restrained myself and just gave her my usual peck on the cheek. My lips lingered on her cheek slightly longer than usual. Boy this was hard, so hard restraining myself!

She touched the little box in her pocket and smiled. It had been a lovely, interesting and surprising evening. Roger had come for her in a taxi at 7.45pm. She had been quite excited tonight for some reason. She had been going out with Roger for about three months now and again. Nothing serious, of course, she wasn’t ready to settle down just yet. She was having too good a time. She had been keeping several men dangling, including a married man. They were all different, some more exciting than others, but she was very wary of them. They were the heartbreakers, and her married man, who she really liked the best, would never leave his wife, she thought.

Roger was a bit different. He was solid and dependable, a bit shy, but such a gentleman. He had never made an attempt to get her into bed in the three months she had been going out with him. Most of the others had tried it on their first date. One or two had been successful, she had to admit, but only after they had plied her with too much wine. She saw them again once or twice, but ditched them long before it got to the stage when she knew she would feel herself falling for them. She had learned her lesson long ago, but she just wished she wasn’t so crazy about her married man.

Roger had greeted her with his usual peck on the cheek. He had looked very smart tonight in a pale grey suit with a white shirt and lilac tie. Her heart had surged as she felt his soft lips on her cheek lingering slightly longer than usual. She had felt a flutter in the pit of her stomach, and had wished he would kiss her on the lips for once.

We arrived at Mario’s and I paid the driver and helped Angela out of the car. Oh, the touch of her hand sent tingles down my spine! I wanted to gather her up in my arms and kiss her until we were both gasping for breath. But I mustn’t. I mustn’t frighten her off. I knew she had a rough time in the past with various men trying it on with her, even on their first date. I was happy to wait, wait until the time was right.

I opened the door to Mario’s and we were greeted by the Maitre D who took us to our table and gave us the wine list and the menu. I thought I saw a glimpse of recognition between him and Angela, and supposed she had probably been here several times before with her other suitors.

“I don’t mind, you choose” she replied.

I ordered an expensive red wine, nothing but the best for my girl. We chose our meals and sat chatting easily until they came. Angela’s gorgeous blue eyes were shining and her golden curls bounced on her shoulders as she laughed at my silly jokes. I was gaining my confidence rapidly. After they took our plates away and gave us the menu again to order our desserts, I took Angela’s hand in mine. She didn’t resist. I could feel the familiar surge. Was the time right now? Or should I wait until just before the coffee? I decided on the latter.

Angela had been so pleased she was going out with a gentleman. He had even helped her out of the cab. Not many men bothered to do that for her these days. He had held the door open to Mario’s for her as well. And he had looked so smart in his suit. They had only ever gone to more casual places before where he always wore smart trousers or jeans with open necked shirts. He looked smart in them, but she could never resist a man in a smart suit. As he had gently touched her on the elbow to guide her to their table, she had felt that familiar stirring again in the pit of her stomach. She had recognised the Maitre D of course as she had dined there many times before, but he had been very discreet, and never gave anything away.

Angela had been impressed when Roger asked her which wine she would like. Most of her men friends just went ahead and ordered for her, thinking that they were wine connoisseurs, and she would want what they would want. Maybe she would just want a gentle Liebfraumilch, but they never gave her the chance to say that.

Roger had been very amusing. He had told lots of funny stories, she just couldn’t have helped laughing. And they were clean. Not like the bawdy jokes her other men friends told her which she always smiled politely at, but didn’t really amuse her at all. Roger’s hadn’t been like that.

The meal had been delicious and afterwards when the waiter had come to clear the plates away, and had given them the menu for their desserts, Angela had left one hand free on the table. Roger had taken it in his, and Angela had felt that familiar tingle down her spine again. She had looked him in the eyes coyly at that point, and she had thought he was going to say something, but he had just gazed back lovingly into hers. Was she falling for him, she had wondered?

Our desserts came and we ate them in virtual silence. I knew that Angela loved meringues and would want to savour every mouthful. We felt comfortable with each other anyway, and didn’t need to talk all the time. I watched Angela enjoying her meringue. I would wait for our coffees to come before I said anything.

With our coffees steaming in front of us, now was the time. I picked up Angela’s free hand. Again she didn’t resist, and my confidence grew.

“I have something to ask you, Angela,” I tentatively said.

Angela smiled at me in encouragement. Her eyes were sparkling.

I stood up from the table, and got down on one knee in front of her. My free hand was in my pocket, clutching the little box.

“Darling, will you marry me?”

Angela had been getting mellow with all the wine. Roger had ordered a carafe of white wine to go with their desserts, which had taken quite a long time to come. But she hadn’t been bothered. She had felt comfortable with Roger, and they had always found a lot to talk about. She had started to think of him as her best friend, and had wondered if she could tell him about her married man. Tonight had not been the night to do that though, she hadn’t wanted to upset him, and it had looked like he was falling for her. Maybe she should not go on a romantic date with him again, she had thought, he might take it the wrong way. It would be best if they kept it to casual dates in future, like they had been enjoying before.

Their desserts had arrived. Angela had dipped her spoon into her soft and crunchy meringue and had smiled in anticipation. She had wanted to savour every mouthful. Roger had said nothing, he had just sat gazing at her across the table while she had been enjoying her dessert. He had beamed at her when she had finished it. “You really enjoyed that, didn’t you?” he had said.

Angela had nodded and smiled. “You guessed it. Yummy!”

They had carried on chatting comfortably with each other, then after the dishes were cleared away and the coffees were brought to them, Roger had taken Angela’s hand. Angela had smiled at him with encouragement as he had said that he had something to ask her. Then as he had got down on one knee, she had started to worry. This was going too far, wasn’t it?

Stunned after Roger’s proposal, Angela had just sat there speechless.

“I’m so sorry, Roger, I can’t marry you,” she had said eventually. “I’m so sorry if I have led you on, but I am in love with someone else. He’s a married man. But we can remain friends can’t we?”

He touched the little box in his pocket and smiled. Mario had taken the night off, and left his brother Luigi in charge. He had better things to do tonight. He had been to the jewellers today and bought a ring for Angela. She deserved it at last. They had been seeing each other for years, while his children were growing up. He couldn’t leave his wife before, but now both of his children were married and off their hands, he was free to divorce her. Their divorce papers had come through that day, and he had acted straight away.

Mario knew that Angela had a date with her friend Roger, but was surprised to hear from his cousin Riccardo that he had picked up Angela in his cab and driven her and another man, who Mario assumed to be Roger, to his own restaurant. “Oh well,” he said, “Luigi will keep his eye on them, I’m sure.”

Mario waited eagerly for Angela to come home. He, of course, had a key to her flat. He stayed in the bedroom while he heard her say goodbye to Roger and shut the door.

He went into the lounge and cuddled Angela, then sat her on the sofa and said, “Darling, my divorce has come through today, and we can get married now. I have bought you a ring.”

Angela smiled as he slipped the ring on her finger. She picked up the little box it had come in and put it in her pocket. It had been an eventful evening, she thought, and wondered if she had done the right thing.